“A Real Tropical Lifestyle Brand Located in the Actual Tropics”

Red Rum International is an Aquatic Sportswear and Tropical Lifestyle Clothing Brand. We specialize in fast-drying and sun protective clothing used by anglers and divers as well as casual, warm weather attire for all. We are credited as creators of the Original Ruler Sleeve Fishing Shirts and Performance Crop Tops. Our products include Shirts, Hats, Swimwear, Wetsuits, Facewear, Decals, Stickers and more. Time, effort and meaning go into every Red Rum design and each product is guaranteed to be sustainably sourced, of quality material and is more than promised to be a conversation starter!

“Whether you are an angler, diver, wave rider or just a sun & sea worshiper,

Red Rum International has the clothing to help you live and represent your aquatic and tropical lifestyle”.

We at Red Rum are dedicated to sharing our knowledge, sharing our experiences and spreading positive vibes world wide. This brand was founded by everyday people just like you. Therefore, we treat every one of our supporters and those we encounter along our journey as friends and part of our Red Rum family. We make the promise to all of our stakeholders and supporters that we operate as a brand by the people, for the people, providing quality products, at an affordable price, that were ethically produced, in which partial proceeds from sales are used for cleaning our oceans, protecting our reefs and helping those in need who are like-minded.

The story of Red Rum isn’t as simple as those of some brands. The inspiration was developed over a young man’s lifetime of living the Tropical Lifestyle along FL’s Gulf Coast and traveling through the Caribbean and the concept was really brought into culmination in a college dorm room in Jacksonville, FL in 2010. With the encouragement of  family, friends, teammates and peers the seeds for something great were sewn at an early age. It was finally in 2013 that Red Rum International was founded by current artist and CEO Daniel ‘Del Sol’ while he was living in Islamorada, FL.

Shortly upon his graduation from college, Daniel moved down to the FL Keys in search of something more… The shiny lights of the football stadiums had faded and he was seeking a new glory. He had always wanted to live in the islands and start his own business in which he could contribute his artistic and entrepreneurial talents. He also noticed the practicality of utilizing athletic style sportswear in the fishing and diving sports. “There were not many companies at the time making performance fishing shirts, dive skins, dive shorts, etc. “, says Daniel Del Sol . “There was also a lack of companies making Florida Style gear, as most of the popular brands were from California”. For a beach kid whom grew up in the Floridian hospitality industry and graduated from college with an MBA in business, founding an aquatic sportswear and tropical lifestyle clothing brand in the sunshine state seemed to be the answer! After moving to the FL Keys, Daniel began to travel around South Florida vending at various events and pitching Red Rum Products to retailers one-by-one. It has been almost 7 years since its founding and after many No’s and Yes’s, ups and downs, Red Rum International has now solidified itself as the most exciting up-and-coming clothing brand on the market. With many to thank for its growth and success, the brand continues to grow with every passing sunset! 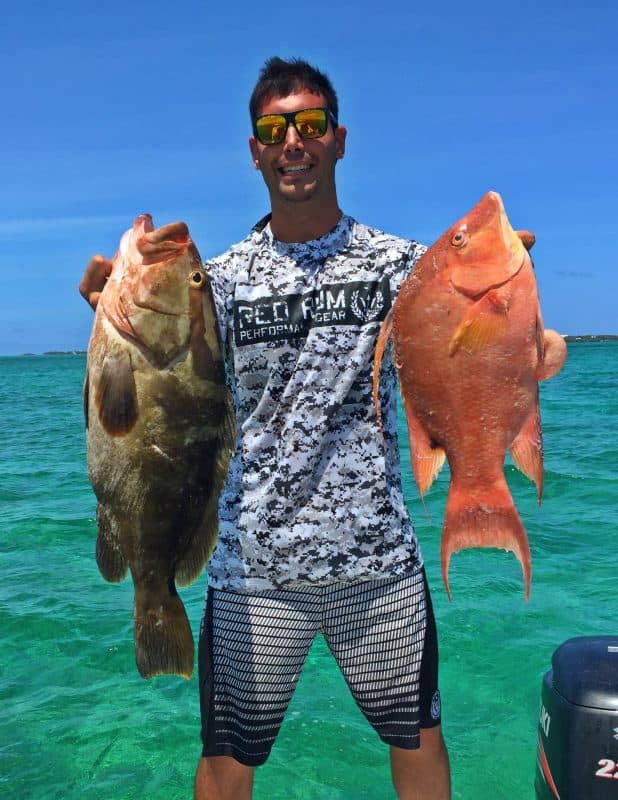 Daniel Del “Sol” grew-up in the small town of Indian Rocks Beach, FL where he was an athlete, participating in sports such as martial arts, football, surfing, skimboarding, scuba diving, fishing and spearfishing. Throughout his teens and early twenties, Daniel worked along FL’s Gulf Coast in the hospitality industry as a busser, waiter and pool-side tiki hut attendant. Upon graduation form High school he earned athletic and academic scholarships to Jacksonville University where he attained a bachelors Degree in International Business and a Masters in Business Administration (MBA). All his life, Daniel was a frequent traveler of destinations throughout the tropics including Hawaii, The Bahamas, Mexico, Puerto Rico and the Florida Keys. It was in these places that he derived his artistic inspiration and attained his waterman skills.

“The Name! O the name, the name. Where do we start?

Its almost like if you have to ask what Red Rum means you shouln’t be wearing the brand LOL!

Just joking! But fo real mon, ALL of the Real Islanders know what I’m talking about! Lets Begin…”

1.) Being a Rum Drinker himself, Daniel Del Sol’s saying of “Kill a lot of fish, drink a lot of Rum” seems to fit his brand just right!

2.) The various traditional meanings and usage in popular songs, such as Beanie Mans Rum and Red Bull and Barrington Levy’s Murderer helped to inspire the use of this name to describe our brand!

1). The Beverage Red Rum is the party drink of choice for the island youth. One part Rum, 3 parts Red Bull are sure to get you in the mood to dance to di riddim!

2). Rum Distilled in Red Oak Barrels give the Rum a slightly Red Color which birthed the name for this type of “Red Rum”. Brand’s such as Jamaica’s Appleton Estate still carry this type of Rum.

3). The term Redrum is still used as a term for killing or murdering of some one.

4). The term Red Rum is used as a term for describing success of an action (also used in reverse as “murder” or “killed”).

In the hey day of Piracy throughout the Caribbean, the word Red Rum had multiple mainstream connotations.

1). Rum Distilled in Red Oak Barrels gave the Rum a slightly Red Color which birthed the name for this type of “Red Rum”. Rum or grog (watered down rum) were the main source of hydration for the crew of a ship as water would run-out rather more quickly.

2). The term Redrum was also used as a term for killing or murdering of some one. Often used in phrases such as “poor old boy, they served him the Red Rum”.

3). The term Redrum was also used as code word for mutiny because it was either success or death of the mutinous crew for one of the highest of treasons.